Basketball is the most popular sport in the Philippines. The Philippine National Collegiate Athletic Association was formed in 1924 and the first champion was crowned in 1925, 14 years before the US NCAA tournament started. There are lots of venues where basketball tournaments are played and the largest one is MOA ARENA at Pasay City. 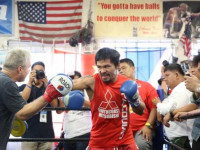